Keith Rohman has been an investigator in the public and private sectors for more than 30 years. As president and founder of PII, Rohman investigated many high-profile cases, including litigation related to the torture of prisoners at Abu Ghraib; allegations of shootings of Iraqis by Blackwater, Inc.; the enslavement of dozens of Thai workers in an El Monte, California, sweatshop; and the trial against Los Angeles police officers accused of beating Rodney King. Rohman has conducted defense investigations in death penalty cases in California, Utah, Alaska, Arizona, and Washington. His work has taken him throughout the United States, as well as to Mexico, Germany, Jordan, South Africa, and Turkey.

Rohman is the Immediate Past President of the Association of Workplace Investigators (AWI), an international professional association of more than 850 attorneys, human resource professionals, and private investigators who conduct or manage workplace investigations. He is an Adjunct Professor of Law at Loyola Law School, where he teaches fact investigation.  He is a Senior Faculty member at AWI’s accredited Training Institute for Workplace Investigators, and has conducted trainings throughout the U.S. and Canada.

Under Title IX, Rohman has conducted and overseen investigations of sexual assault complaints at numerous Southern California colleges and universities. He was the principal investigator for attorneys in landmark litigation filed on behalf of service women and men sexually assaulted in the U.S. military. He is a senior trainer with T9 Mastered Training for Campus Investigators. In the workplace, Rohman has conducted third-party investigations into allegations of sexual harassment, sexual assault, discrimination, and retaliation for private- and public-sector employers, including school districts and universities.

Previously, he was appointed by the L.A. County Board of Supervisors to the Equity Oversight Panel (EOP) of the Los Angeles Sheriff’s Department, a civilian oversight board that oversees Internal Affairs investigations at the Sheriff’s Department.  Rohman also served as a court-appointed monitor in a federal lawsuit addressing the treatment of disabled inmates in the Orange County jails.

The City of Los Angeles retained Rohman to serve as the executive director of its Office of Discrimination Investigation, which conducted more than 300 employment discrimination investigations, and provided recommendations to the City Council on restructuring how the City handled these matters. These recommendations led to the establishment of a new City agency to oversee this work.

In addition, Rohman has served as an expert witness and testified in court proceedings on investigative issues, both in civil and criminal cases. 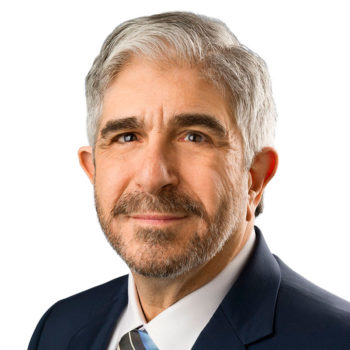