Retrospective: A look back at PII’s investigation into Thai workers enslaved in an El Monte sweatshop. 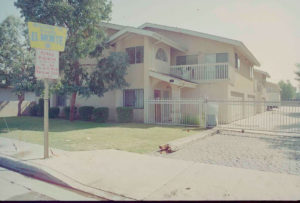 In 1995, 72 Thai nationals who were being held captive in a sweatshop concealed in a converted El Monte, California apartment complex were released in an early morning, multi-agency raid by state and federal law enforcement. This shocking example of modern-day slavery raised public awareness of human trafficking in California, led to legislative reforms, and later became part of an exhibit at the Smithsonian Institution called “Sweatshops in America.” The exhibit was recently featured in Smithsonian Magazine.

Based on evidence found at the site, several prominent clothing manufacturers and retailers had benefitted from the forced labor. The labels included Anchor Blue, B.U.M., High Sierra, CLEO, and Tomato, Inc., which were sold in then-prominent retailers such as Mervyn’s, Miller’s Outpost, and Montgomery Ward.

As civil rights attorneys prepared to file suit on behalf of the Thai workers, Public Interest Investigations, Inc., (PII) stepped in and played an important role in the litigation. Working under tight time constraints, PII investigators combed through the El Monte site in search of evidence shortly before the building’s owners were scheduled to clear it out.

Over a few long days and some very late nights, PII’s small team catalogued hundreds of items and filled 25 boxes with evidence that would later help attorneys win monetary settlements for the plaintiffs. Working in the summer heat amid dirt and trash and an occasional rat, PII investigators collected invoices, patterns, clothing labels, and worksheets written in Thai interspersed with personal items such as photos and religious medallions. 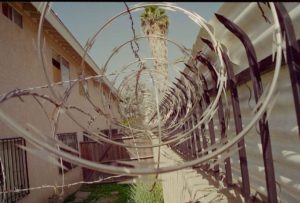 The apartment building was ringed with barbed wire and metal spikes pointed inward to prevent escape. Standing in the former working and living quarters, you could not help being moved and pained by what the trafficked workers had endured.

Several years later, curators at the Smithsonian contacted the lawyers and PII to ask for items from the scene to use in their planned exhibit about sweatshops. PII unpacked the dusty boxes and provided artifacts that became part of the final exhibit. Later that year, my wife and I flew to Washington, D.C. with my son and daughter, who were 9 and 11,  to see the Smithsonian exhibit. You can imagine how proud I was to show them this museum display about workers’ rights and highlight PII’s small role in the case.

Since 1995, PII has worked on other cases of human trafficking, including the case of a domestic worker who was held without her passport in the Culver City home of a Sony Pictures executive and his wife. While the experience of these Thai workers led to the passage in California of AB 633, which made manufacturers responsible for meeting minimum wage requirements throughout the chain of production, there is still more work to be done.

Keith Rohman is the president of Public Interest Investigations, Inc. He has been a licensed private investigator for more than 35 years.